Celebrities Who (Tried to) Quit Smoking

Like most commoners, even Hollywood’s A-listers make the resolution to quit smoking once and for all, and with e-cigs they have the option to use an alternative to tobacco smoke. Celebrities are well aware of the impact they have on people who adore them. They are also pretty commonly known to smoke cigarettes, and it’s always big news when one of them declares they’re going to stop smoking. Since their inception, celebs have been on the electronic cigarette bandwagon, for obvious reasons. They surely make them look stylishly good, and definitely conscious of smart trends. Stars like Cameron Diaz, Katherine Heigl, Justin Timberlake, Trace Cyrus, Leonardo Dicaprio, Kevin Federline, Tom Petty, Ashley Greene, Nikki Reed, and Johnny Depp have been seen in movies, and on the Hollywood scene smoking e-cigarettes.

This year, plenty of celebrities are vowing to quit smoking. Travie McCoy, the singer of Gym Class Heros is determined to end his cigarette habit. His resolution extends even to his friends, whom he is trying to join his crusade against smoke. While electronic cigarettes are not specifically to be used to quit smoking, they offer an alternative to tobacco cigarettes. Unlike the traditional kind, there is no smoke with a smokeless cig, just water vapor. The nicotine gets delivered via liquid in a cartridge, and it can even be flavored like tobacco for a very similar experience, without the negatives. The look, the feeling of having a cigarette in hand, puffing on it, exhaling the vapor, savoring the flavor are all to be experienced just like ordinary cigarettes. The best part about them, when it comes to controlling your nicotine consumption, is that you have every opportunity to choose your level of nicotine. Available in different doses, you can go for a heavier amount when you want, or scale it way down for when you just want a little. Another aspect of your ability to control your nicotine with electronic smoking is the actual smoking; you stop when you want to, not when the cigarette burns out. If you’re only looking for a single puff, that’s all you indulge yourself with.

Whether you’re a celebrity who is out there in the limelight smoking away, or just a regular person looking to get rid of an old bad habit, e-cigarettes can help you get on track for the new year, in a much healthier, conscious way. How about Maroon 5’s frontman, Adam Levine, whose resolution is to actually start smoking? Someone should send him an e-cigarette starter kit, ASAP! 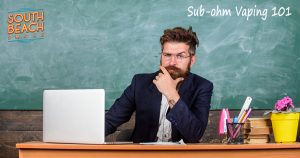