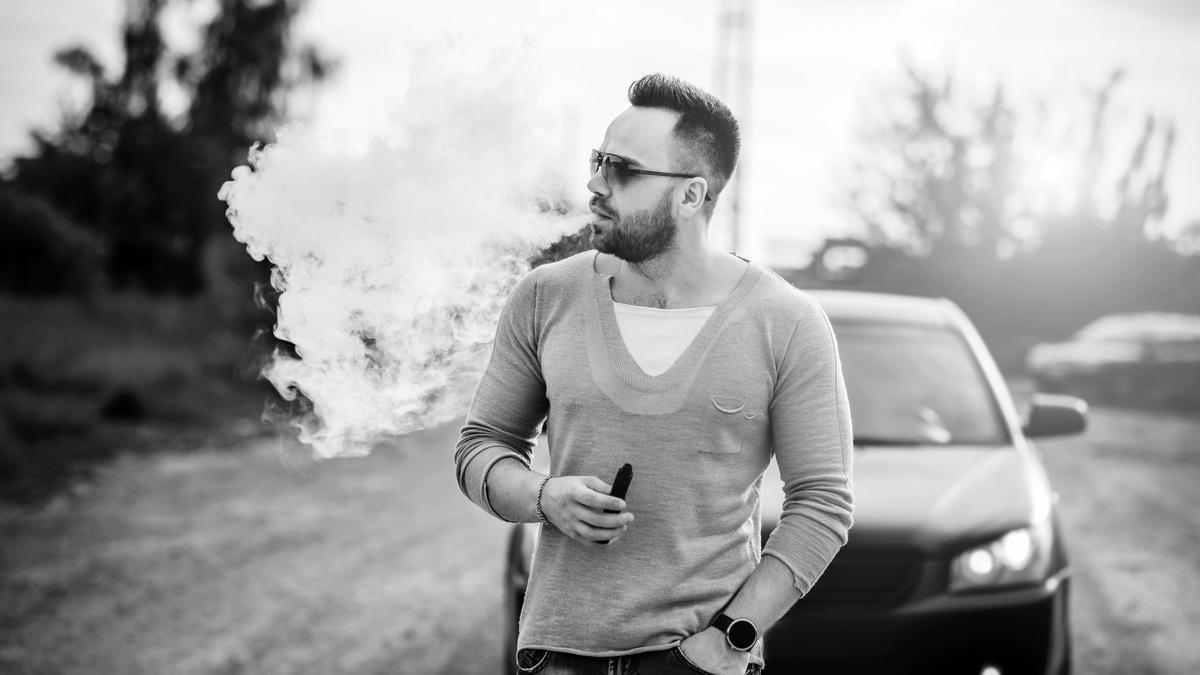 Vaping, the most modern way to smoke. The cleaner, fresher, more friendly way to smoke. The digital, innovative, smoke-free way to enjoy nicotine and the feeling of smoking with no actual smoke or tobacco. Yes, you know what vaping is. However did you know its origins can be traced back to 1963?

In 1963, Herbert A. Gilbert patented an electronic cigarette device that was intended to replace traditional cigarettes. It would remove the burning aspect of a normal cigarette, and involved using flavored vapor in lieu of smoke for the hit, however despite receiving the patent in 1965 for his invention, it was decades ahead of its time. Cigarette smoking was still quite popular and considered a fashionable pastime, and despite having created prototypes, the invention was shelved because there was little interest and no commercialization of the product. Years later in 2013, Gilbert commented on the industry, stating that the modern e-cigarette was following the original design he created back in 1963.

Fast forward 4 decades, and Hon Lik, a Chinese pharmacist, loses his father to lung cancer after years of heavy smoking. Himself a smoker, Lik quit smoking seeing the death as a warning sign. Also a professional inventor, Lik conceptualized and developed the modern electronic cigarette, and he is credited with today’s version, for which he patented in 2003. By 2004, the first modern e-cigarette was introduced to the Chinese market, and they were instantly a hit. By 2007, electronic cigarettes were entering the US and European markets, and the demand was growing.

So in essence, vaping as we know it, was created by two individuals, at two very different periods of time, in two opposite sides of the world. Similar ideas, similar concepts, similar purposes, decades apart.

However, vaping itself is a very tech-centered industry. The industry is over a decade old, however the innovations are happening on a daily basis. The earliest vapers really helped propel the industry to where it is now. It is because of their innovations, testing, trial and error, critical thinking, and ingenious experimentation that so many of the advancements have occurred as quickly as they have; innovation in action.

Few industries exist to where the forward movement of the entire entity can be attributed to the workings of their people. In the case of vaping, it is everyday vapers who have done this! It is really remarkable, when you think of it. For a $2+ billion industry, driven ahead by innovative companies and users, and to achieve these kinds of developments in so short a period of time is utterly astounding. So massive is vaping, that some countries such as the UK, have adopted the method as a serious alternative to cigarettes at a nationwide, governmental, public health level. One decade in, and this invention is disrupting an industry that has existed in America since colonizers first landed here. Think about that!

Vaping was developed to offer an alternative to smoking, which carries with it the baggage of being tremendously dangerous to the health. Whether credit goes to Herbert A. Gilbert who originally came up with the idea and patented it in the early 1960’s, or the modern day inventor who designed the e-cigarette as we know it, we cannot be more grateful for the innovation and technology behind these amazing products. Vaping is ever-changing because it is an industry built on change, and we here at South Beach Smoke are immensely proud and stoked to be a part of it!

Where Does Vaping Nicotine Come From?

Deal of the Week: Aspiring Awesomeness with the Aspire Plato All-in-One Vaporizer Kit

Why Vaping is Better for Your Love Life (Than Smoking)

Techniques to get a Better Throat Hit