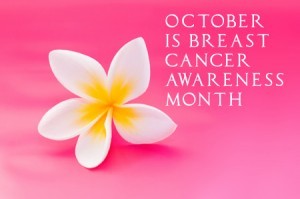 October is Breast Cancer Awareness month, and it is a pretty huge ordeal. It seems the entire United States comes together to really support this, with fundraising efforts at a maximum. Hundreds, if not thousands of businesses see the importance of donating money, especially when it comes to marketing products specifically designed to raise awareness. In honor of this, South Beach Smoke is offering 25% off all starter kits, and will be donating a percentage of all proceeds towards breast cancer research and prevention, through the Susan G. Komen Foundation.

So, with Breast Cancer Awareness on the brain, let’s talk about prevention, as that’s a major focus on what the awareness is targeted at. What does this have to do with electronic cigarettes? Well, plenty! Smoking cigarettes have been linked to breast cancer, as well as other cancers of the female reproductive system. Only in recent years, as reported by cancer.org, has smoking really begun to be looked at as a contributing risk factor for breast cancer. The risk involved is especially prone to women who began smoking at an early age. At the present time, studies are being performed that look at the link between second hand smoke as a risk factor, as testing done on rodents have shown that direct as well as second hand smoke in concentrated amounts do cause breast cancer in these subjects. The basis for this is that the chemicals found within tobacco smoke are carried directly to breast tissue, and can be found in breast milk. However, even with these finings, it still remains unclear whether or not tobacco smoke can cause breast cancer,  but why put yourself at additional risk when you can steer clear of cigarettes all together and use e-cigs instead?

There are many aspects of breast cancer that are not able to be prevented,  like a certain amount of genetic predisposition, a family history of the disease, being female, and having had radiation treatment during one’s youth, but when it comes to preventable circumstances, even those that are ambiguous like smoking cigarettes, do yourself a favor and do not use cigarettes. Because even if it’s not clear the effect they have in contributing to the risk of breast cancer, they are proven to cause numerous other types of cancer. All cancer is bad cancer.

In honor of Breast Cancer Awareness Month, we really hope you choose the healthier alternative available in e-cigs. Where to start? Get an e-cigarette starter kit!

PrevPreviousHow Can You Save Money with South Beach Smoke?
NextE-Cigarettes & HalloweenNext