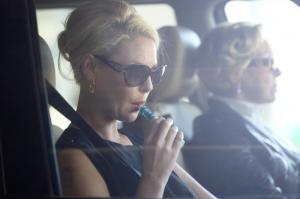 Celebs and vaping; we just can’t get enough! We love vaping, and we love celebrities, so I guess it goes hand in hand! Hollywood A-listers were among the first to start vaping, and their love of the vapor definitely helped propel the trend into mainstream status. Now, 5 years into the craze, the stars are still vaping and more and more smokers make the switch all the time. Here is a look at some of the many stars who have been spotted using an alternative cigarette! Vaping looks good; we don’t blame ‘em!

Leonardo DiCaprio in the Great Gatsby. When a trend makes a cameo in a major motion film, especially one set in a bygone era, it’s blatantly epic. E-cigs being used in this film added such an interesting touch!

Jack Nicholson: If Jack vapes, that automatically makes it cool!

Johnny Depp- in the Tourist. Having a mega star like Johnny Depp not only display the act of smoking an e-cigarette in the movie, but also explain what it is, is pretty darn iconic! This moment can be seen as having solidified electronic smoking in popular culture.

Katherine Heigl- on David Letterman. This was one of the first, and has become a classic moment in vaping history! She has since been seen vaping constantly in public over the years, and lately has been seen using an advanced mod setup. #vapegeek.

Ron Wood of the Rolling Stones vaping at an event; we love that he reps classic rock and is proud to show he vapes!

Katy Perry: This bubblegum pop princess loves to shock, and we think she looks banging when she uses her advanced vape mod!

When the stars get down to business and show the world how modern smoking is done, we can’t thank them enough! Vaping rocks for so many reasons, and being able to put famous faces with such an amazing device makes us immensely happy. In this sense, Hollywood knows whats up!

Reasons You Need a Vaporizer