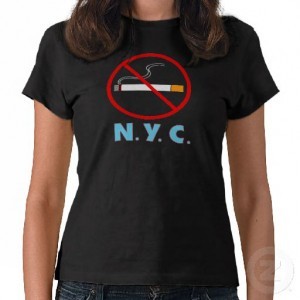 Last week, New York Governor Andrew Cuomo signed in laws that ban the sales of e-cigarettes to minors beneath the age of 18, as well as prohibiting the use of them within less than 100 feet of schools, public or private.

While some e-smokers may find this harsh, as e-cigs are meant to be used as a tobacco alternative, it certainly will not be encouraging youngsters to start using these products.

While for reasons unknown, Assembly Member, Linda Rosenthal is somewhat misinformed as to who electronic cigarettes are meant for. As she stated that vapor cigarettes are out to “hook yet another generation” on to nicotine addiction, due their many flavors, what she does not realize is that e-cigs are not sold, or marketed to minors. At least in terms of responsible, reputable companies such as South Beach Smoke, such a disclaimer is published clearly on our website. While it may be smokeless nicotine, e-smokes still contain nicotine, and it is not meant to be used by anyone under the age of 18. While Rosenthal does cite nicotine as being “highly addictive” she may not be aware of all the ways e-cigarettes empower smokers to have control over their usage in ways never possible with cigarettes. The average age of e-cigarette users is around 40, and having different e-cig flavors just makes them that much more pleasurable to use.

As for the age ban, it is not a bad thing at all. Most electronic cig companies are not looking to lure in impressionable young-ins! What South Beach Smoke offers is a realistic, satisfying alternative method to smoking cigarettes, and most people who become interested in alternatives are established adults who want other options.

So, kudos to Cuomo for doing the responsible thing in officially making it illegal for minors to purchase e-cigarettes. Kids under the age of 18 have way more they should be focused on, and smoking, even if it is vapor smoking, should not be one of them! Thanks, NYC for joining us in being responsible!