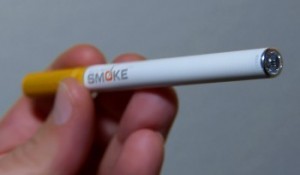 There is no shortage on talk about warnings on e-cigs, and how because there are no released approvals from the FDA and other such regulatory agencies they should  be avoided. Contrary to this frame of thought however, research is being conducted, and as ground is broken, the news hits the internet in no time. According to a report published on BusinessWeek, e-cigarettes are showing to have no connection to heart disease. One more bonus for e-cigs, and one more pitfall for tobacco and those claiming electronic cigarettes should be avoided until real information and testing have been released.

Electronic cigarettes work by releasing nicotine through a liquid solution, that gets heated by the atomizer into a vapor form. It is very clean, and has no residual smoke, tar, or any kind of scent. The reason the nicotine in e-cigarettes is differently affected in the body is because it gets absorbed by the blood at a less rapid rate than tobacco smoke does, and this contributes to less toxicity in a short amount of time as well as the long run. Another positive is that no trace of nitrosamine, a carcinogen present with tobacco usage, was found in the users of smokeless cigs in the results of the research.

As of right now, the population in the US who are vaping is around 2.5 million. And the anti-tobacco groups that are not on board with e-cigs continue to cite that there are, or may be, inherent dangers to both users as well as those in close proximity, in the same way that second hand smoke effects. However, if you ask anyone who has used e-cigarettes to successfully switch from tobacco, the physical feelings are very much the same as when someone quits smoking. And the same goes for the aspect of second hand e-smoke: there is smell, no remaining trace of anything that lingers.

The evidence is really piling up on the positive for electronic cigarettes. The latest news comes in the way of a study from the Onassis Cardiac Surgery Center, of Athens, Greece.  Researchers from the center presented a study today at the annual meeting of European Society of Cardiology, in Munich, stating finds that electronic cigarettes do not contribute to adverse effects on the heart and cardiac function.

During the study, the heart activity between young tobacco smokers and e-smokers were compared. 20 young smokers who smoked daily had their hearts examined after using one typical cigarette, while 22 vapor cig users used their models for 7 minutes. The results showed that the tobacco users had blatant disruptions in functions like heartbeats and blood pressure. On the other hand, the data from the study showed that e-cigaretts had very minimal effect on the heart. Therefore showing that e-cigs are a proven safer method to smoke without tobacco.

PrevPreviousPicking Up Steam: How E-Cigarettes Are Becoming More Than Just an Alternative
NextThe Joys of Recreational VapingNext