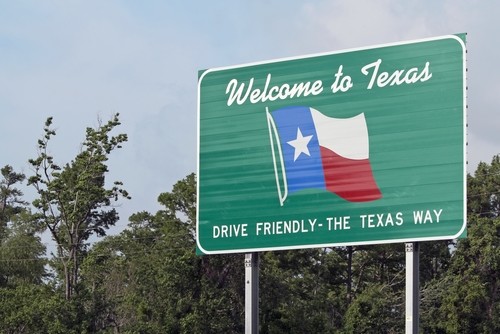 E-cigarettes are big in Texas

As the saying goes, "Everything's bigger in Texas," and this adage most definitely applies to e-cigarettes. Of course, it should come as no surprise that Texans are embracing vaping in a big way, as the state's cultural identity of rugged individualism, not to mention its reputation as being part of "Flavor Country," position the Lone Star State perfectly at the forefront of the e-cigarette revolution, according to KERA News.

Star power
Several celebrities are getting behind e-cigarettes in a series of promotional campaigns. Former Hole singer and frontwoman Courtney Love, actor Stephen Dorff and television personality Jenny McCarthy have all signed up to promote electronic cigarettes in TV spots, and with this kind of celebrity endorsement, it's little wonder why e-cigs have become so popular.

Texas has some of the most lax e-cig regulations in the country, meaning the Lone Star State is at the forefront of vaping. Few businesses and public places have firm rules regarding the use of e-cigarettes, so many Texans are taking advantage of this by enjoying the freedom that comes with vaping. As such, sales of e-cigs have skyrocketed in Texas, particularly in the northern part of the state, demonstrating that smokers there are turning onto vaping like never before.

A new taste sensation
SouthBeachSmoke.com's extensive range of flavors mean you can enjoy the same cool, crisp satisfaction of a traditional tobacco cigarette without the hassle. This is among the many reasons why e-cigs have become so popular in the past few years.

In fact, electronic cigarettes could soon become even more common, as smokers across the country are realizing that vaping is more than just a passing fad. Data from the Centers for Disease Control and Prevention indicates that in 2011, around 6 percent of American adults tried vaping – more than double the amount reported in the previous year. Today, more than 2.5 million American smokers enjoy e-cigs on a regular basis, which represents unprecedented growth for a relatively new product.

Switching from traditional tobacco to vaping could be one of the best decisions you'll ever make. Of course, don't just take our word for it – why not try one of SouthBeachSmoke.com's starter packs and see what all the fuss is about? With a range of kits, some of which start at just $21.99, we've got everything you need to get vaping and turn your back on tobacco smokes forever.

PrevPreviousCan you take your e-cigarettes with you on vacation?
NextHow does vaping work?Next