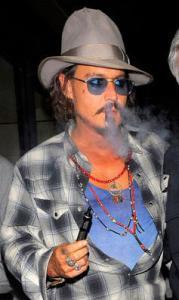 E-cigs and vape pens are incredibly fashionable. While they may not be the most typical or conventional fashion accessory, that alone adds to the appeal. Because in reality, fashion is way more than just doing what everyone else is doing. It’s about doing what everyone isn’t, and blazing a trail. While electronic cigarettes and alternative smoking devices have become immensely mainstream, using your device as a fashion statement is one of the hottest ways to assert your style.

Vape pens are made to look incredible. Their main function, of course is performing well, however they are praised for their sleek, innovative styling. Any fashion gets enhanced by a high-tech vaporizer in hand, and it goes beyond just how hot they look. They add some glamour and most definitely a modern/ futuristic edge.

Smoking and fashion go way back. Cigarettes were originally marketed as fashionable items, encouraging women to use them to maintain their trim figures as well as to assert their independence, and urging men to up their manliness by using specific brands. Of course, at the time no one was in the know about all of the health problems tobacco cigarettes would lead to, and it was all about creating an image.

Nowadays though, with cigarettes being entirely unfashionable, and everyone being educated on the ills of tobacco, electronic cigarettes have a much different appeal. You never have to feel self-conscious about being an irresponsible smoker when using them! They give you an up-to-the-minute flair, and are a symbol of modern-day cool. E-cigarettes and vaporizers look hot, and they’re very stylish. They can be customized in tons of ways, and many come in different colors, so you can get really creative in that department. They also make a statement, showing that you not only care about your health, but also you’re up with the times and willing to use alternatives. Advanced Vaporizers have entirely replaced the appeal cigarettes once had, while enhancing your outward appearance.

The amount of celebrities who vape is ever-growing, and those who have picked up advanced vaping is on the rise too. In recent photos, we’ve seen Lady Gaga, Katy Perry, Katherine Heigl, Snoop Dogg (or is it Snoop Lion?), Johnny Depp, and Simon Cowell with very tech-heavy advanced vape pens in hand and being vaped. Fad? We think not. Pleasurable fashion accessory? Totally. Responsible image-making? All the way.