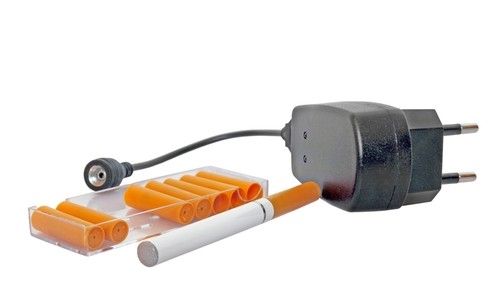 Feds still on the fence about e-cigarette regulations

Whether you're new to vaping or have yet to try your first electronic cigarette, there can be little doubt that e-cigs are here to stay. However, while the popularity of vaping is taking off in a major way with smokers across the country, the Federal Drug Administration can't seem to decide whether it should regulate e-cigarettes in a similar fashion to traditional tobacco cigarettes or just stay out of it. To make matters even more complicated, attitudes toward e-cig legislation vary by state, so depending on where you live, the law can be confusing.

Weighing in
KCRG, an ABC News affiliate, recently reported that lawmakers in Iowa are still pondering whether e-cigs should fall under the jurisdiction of the FDA. State legislators remain divided on the issue, and even some retailers aren't sure whether e-cigs should be regulated in the same way as traditional tobacco products.

"While we can't really sell them as a method of quitting smoking, because we aren't certified in that area, they do satisfy peoples' needs for nicotine," Harold Barnes, a worker at ElectraCigz at the Lindale Mall in Cedar Rapids, told the news source.

Barnes did say, however, that the fact that smokers can adjust the level of nicotine in their electronic cigarettes by switching out the cartridges does provide users with more flexibility than typical cigarettes can offer.

On the fence
For smokers who've made the switch to e-cigs like those sold at SouthBeachSmoke.com, the law can be pretty vague about where and when they can vape. In some states, businesses have firm policies in place that forbid vaping, just as smoking traditional tobacco cigarettes is outlawed. However, the fact that electronic cigarettes are relatively new means many people simply don't know enough about vaping to make an informed decision, a dilemma currently facing the FDA.

Some users remain confused about the legality of vaping in public places, and this further adds to the confusion.

"The thing was, no one said anything to us," an e-cig user who wished to remain anonymous told the Beacon News. "I used one all the time for about six months after I quit smoking. I used it everywhere, and nobody ever said anything."

One of the main reasons the FDA can't regulate e-cigarettes like traditional tobacco products is because it hasn't conducted an extensive study into the devices. Initially, the FDA tried to regulate e-cigs as a drug delivery system, but this attempt was struck down by a federal court. As a result, for the time being at least, the FDA holds no official jurisdiction over e-cigarette regulations. However, the agency could publish a detailed report on electronic cigarettes as early as October, so the landscape of e-cig regulation could soon change substantially.

One size doesn't fit all
As if things weren't complicated enough, the lack of clear guidance from the FDA has resulted in legal headaches for some workers who vape. According to TribLive, some employers aren't waiting around for the FDA to make up its mind on the matter and have decided to charge higher health insurance premiums to employees who use electronic cigarettes, despite the lack of evidence that they can or should be classified as a similar product as traditional tobacco cigarettes.

"[Companies] should be basing their premium for health insurance on health risks, and the health risks of inhaling tobacco smoke are fairly well known," Elaine Keller, president of the Consumer Advocates for Smoke-free Alternatives Association, told the news source. "There is absolutely no actuarial evidence that e-cigarettes raise any risks for health, because they are very much like the inhalers … [used] to wean people down off nicotine."