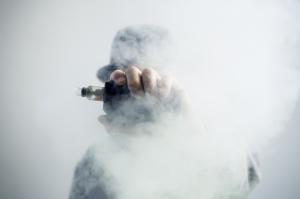 The rights and freedoms of vapers are once again under attack. This time, legislation to prohibit vapers from carrying any vape supplies onto places is being considered, and if it gets passed, carrying your vape gear while traveling by air will be a thing of the past. If you vape, or have anything to do with the vapor products industry, we urge you to do your part in voicing your concern and disgust over this highly imposing regulation to your Senator. You can find your Senator’s contact information HERE.

This is a serious call to action for the entire vape community. Amendment SA 3547 was proposed by Senator Blumenthal, D-CT, and the goal of this action would expand the current list of hazardous substances to include vaping devices and e-liquids, and this would prevent them from being allowed even as carry-on, on planes. Basically, if you are a vaper and you wish to have the ability to travel with your vape gear by plane, you’re going to have to seek alternate options. Beyond ridiculous, right?

What you need to do is contact your Senator ASAP, either by email or phone call, and make it clear that you would like them to oppose SA 3547 in the event it goes to debate on the Senate Floor. As these devices are currently banned from being carried in checked luggage, and banned from use on flights, further bans of simply carrying the items will cause a major disadvantage for those 9 million+ Americans who rely on these products as alternatives to tobacco.

Vaping, and any such usage of vapor devices on aircraft is against the law. Most vapers are aware of this. While vaping has never been allowed on airplanes, recent regulations from the FAA made this explicit; no one was surprised, and few even bothered challenging it, except for pro-vape Congressman, Duncan Hunter, who advocated for the usage of vapor devices on planes. Despite this, it is a major infraction upon the rights and freedoms of vapers who wish to travel, this kind of regulation impedes upon personal free will. To warrant these devices as hazardous is ludicrous; it’s similar to prohibiting cell phones on airplanes as well; the two devices contain similar lithium ion batteries, rendering both at the same level of dangerousness.

So, you know what you gotta do; contact your Senator ASAP! This is an urgent call to OPPOSE SA 3547 if you want to protect your freedoms as a vaper!