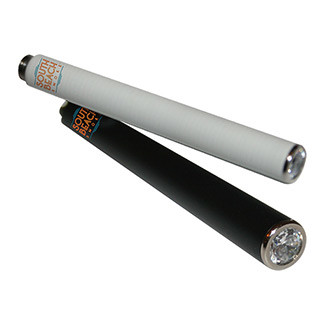 Well the race for the White House 2012 is really starting to heat up now, especially with the first debate commencing a few nights ago. While our guess is as good as anyone’s as for who is going to be calling it home for the next 4 years, one thing is for sure, and that is whoever makes it should really think not just about the war on tobacco, but how awesome it is to be smoke free!

Tobacco and politicians go way back. All the way to beginning of the colonial era, when the European were first introduced to the tobacco plant and it’s capabilities. It became extremely valuable, and for a time was a type of currency used in trade. The Revolutionary War was funded by a loan Benjamin Franklin negotiated with the French. In exchange for five million pounds of tobacco, the fate of the USA was determined.

The number of politicians who have smoked is huge. Franklin D. Roosevelt was a smoker. Dwight Eisenhower had a notorious 4-pack a day habit, and he was the last president to be a smoker until Obama took office. Bill Clinton was not a cigarette smoker per se, but he definitely enjoyed the casual cigar, which is still a tobacco product. Gerald Ford was a heavy pipe smoker. Jackie Kennedy was a heavy cigarette smoker, even as First Lady, however her husband, John F. Kennedy was partial to cigars. Lyndon B. Johnson was  a three-pack a day smoker, but nearly lost his life to the habit. A pretty intense heart attack was more than enough motivation to quit! Nixon had an affinity for tobacco in pipes as well as cigars. Ronald Reagan smoked but quit before he become president. Do you recall his love affair with jelly beans? They were his substitute vice! Back in 1993, former First Lady Hilary Clinton pushed for a ban on cigarettes being smoked inside of the White House, and all ash trays were diposed of. The next First Lady to live in the White House, Laura Bush, also a smoker, has been known to unwind with a Kent or two. An e-cigarette starter kit would do wonders for her, stat!

President Barack Obama was a notorious casual smoker, on numerous occasions he has spoken about his habit, and also how much his daughters detest it. He reportedly kicked it to the curb for good back in 2010, and we couldn’t applaud him more for that. Whether he used electronic cigarettes to quit or not, we’ll probably never know, but it’s always a possibility. He was definitely not a fan of Nicorette, which he likend to chewing on ground pepper!

Currently, Speaker John Boehner is one of the more famous cigarette-smoking politicians. His preferred cigarettes are Camel Ultra Lights… I wonder if he is aware of our amazing Tobacco Gold flavor, that comes surprisingly close, and can be ordered in the “Ultra Light” nicotine strength of 6mgs?

Politicians are notorious smokers, and that goes for both sides of the red and blue. Tobacco has a long and sordid history in the United States, and without a shadow of a doubt, even politicians are susceptible to its temptation. As modernity always makes its presence known, the times are definitely changing in a direction away from tobacco. Let’s be done with smoke once and for all, e-cigs are here to stay!

How Can You Save Money with South Beach Smoke?

Fall Into Our Fall Savings Event!

What does your e-cigarette flavor say about you?

Up Your Sex Appeal with E-Cigarettes