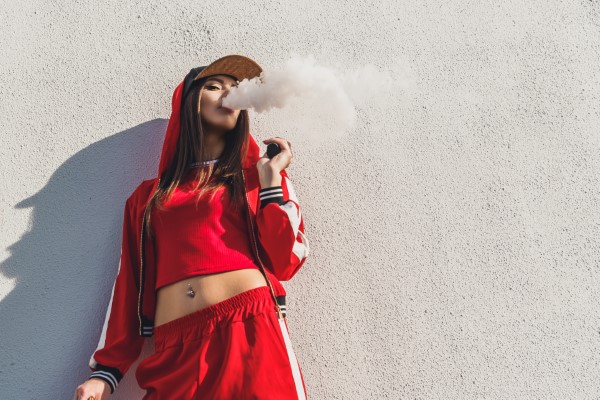 South Beach Smoke When Did Vaping Hit the Mainstream?
Vaping

Regulated Vaping Products Are Not The Problem

We’ve all seen the recent headlines connecting vaping to an outbreak of serious respiratory diseases in America – but how much of what the mainstream media is reporting is actually accurate? Although many reports have made mention of the sudden and imminent danger that is facing each and every vaper, it turns out that those stories are seriously missing the mark.

Health officials are now speaking out against the misinformation that took aim at the vaping community, reassuring vapers that as long as they are sticking with regulated vaping products, they are in the clear. The most recent reports from the Center for Disease Control and Prevention (CDC) reinforce these statements, providing much-needed relief to the concerned vaping community.

If you’ve found yourself confused by the onslaught of recent news about vaping and life-threatening lung illnesses, you’re not alone – it can be tough to keep up with the constantly-changing stories. We’re breaking down everything you need to know about why you don’t need to worry about putting yourself in serious danger with the regulated vape products you already know, love, and trust.

Beginning in the late summer and early fall of 2019, stories began to emerge about vapers who were falling ill from mysterious lung injuries and ailments. Symptoms included severe coughing, shortness of breath, fatigue, vomiting, and fever, and a handful of patients ended up losing their lives to the unknown ailment. Doctors were struggling to pinpoint exactly what was causing the sudden onset of the patients’ lung issues, determining that the only apparent connection between them was their enjoyment of regular vaping.

It’s not surprising that the public quickly became seriously alarmed as the count kept climbing higher and higher – even countless longtime vapers found themselves wondering whether or not they needed to toss their vape for good.

In mid-December 2019, more than 2,500 cases of hospitalized vapers had been reported to the CDC, with a frightening 54 deaths confirmed in across 27 states and the District of Columbia. The good news is that the number of cases seems to be declining (according to the CDC), and experts believe they have pinpointed the culprit behind the thousands of sick vapers.

A Short-Term Scapegoat is Chosen

When you consider that all of the individuals that were suffering from the unknown lung ailments were known vapers, it’s understandable that doctors first assumed that vaping was the cause. In the case of nearly any serious outbreak, medical professionals work diligently to find a common thread between all patients, working quickly to attempt to halt the disease in its tracks. However, in this situation, early reports that vaping as a whole was to be blamed turned out to fall just short of the mark.

Once more was learned about the vapers who were experiencing the symptoms of lung disease and injury, it came to light that the majority of them admitted that they were consuming a wide variety of substances – not all of which were regulated vape juices. In fact, many confessed to trying DIY e-juices and unregulated blends purchased from unconfirmed sources (including online and on the street), particularly e-liquids featuring THC as an ingredient. From here, the CDC’s laboratories were able to more closely investigate the potential causes of lung diseases, turning to science to determine exactly what was making these vapers so sick.

While the public was growing increasingly worried about how vaping might be the villain they never expected, researchers were hard at work finding the actual cause. Samples of bronchoalveolar lavage (BAL) fluid (fluid from the lungs) were collected from the patients and closely analyzed, in an effort to hone in on the substance that was causing serious health issues.

The laboratories of the CDC tested samples from 29 patients across 10 states, and came up with a few interesting results:

Because this was the first time that researchers had found vitamin E acetate (categorized as a “chemical of concern”) in samples from the sick vapers, it was concluded that the substance may be a major player in the outbreak as a whole. The CDC’s principal deputy director, Dr. Anne Schuchat explained, “We have detected a potential toxin of concern. … These findings provide direct evidence of vitamin E acetate at the primary site of injury within the lungs.”

Counterfeit Vaping Products: More Dangerous than You Might Think

With this new information, you might be wondering: “What e-juices contain Vitamin E acetate?” The good news is that if you’re purchasing legitimate vaping products from reputable sites (like South Beach Smoke), then you don’t need to worry.

Once vitamin E acetate became a target of the CDC’s investigation, researchers were able to dive deeper into which e-liquids and vape products the patients were regularly consuming. It was then that they realized counterfeit THC-containing vape juices were another commonality shared by the ill vapers. More than 56 percent reported consuming e-liquids sold by a brand known as Dank Vapes, with other mentioned brands such as TKO, Smart Cart, and Rove. The majority of these counterfeit-THC products were sold by unverified retailers, as well on the street and sourced from friends and family.

So, what does this mean for vapers? According to the CDC, there are two key takeaways:

Now that you know more about the reported causes behind the outbreak of vaping-related illness, you can make informed choices to keep vaping with confidence. Avoid the temptation to save a few bucks and try e-juices from sources you aren’t sure about. Instead, make the right choice and stick with regulated vaping products, made by brands you can trust, purchased right here from South Beach Smoke.

MTL (Mouth-to-Lung) vs. DL (Direct Lung): What are the Differences?

What is the Best Temperature to Vape E-Juice?

How To Troubleshoot Your Vape Pen Cartridge

What Device Should I Use to Vape Nicotine Salts?