Regulations: Not Necessarily a Bad Thing 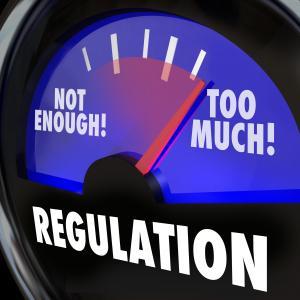 When it comes to regulations, vapers aren’t totally against them. Vapers, being modern thinkers, after all, are actually for the most part, pretty much down with regulations that make sense. Age limits to keep minors away… Instituted safety standards that promise purity and safe ingredients… The FDA’s approval on what goes into e-liquid formulas… these kinds of requirements can only do good by the industry, and most vapers who are into quality, are absolutely in favor of them.

What people who support this industry don’t want to see are regulations that unfairly, unnecessarily target the vape community. Requirements that aim to classify electronic cigarettes in with tobacco products, for instance is something no e-smokers want. Both because seeing these money-saving products get taxed the same way as traditional cigarettes is not only wrong, but it is unfair. And also, by categorizing alternative cigarettes the same way may have the effect of continuing the same stigma on e-cigarettes as traditional cigarettes, and it just doesn’t seem fair.

Now, on the subject bans, we’re talking about a whole other animal! Some countries have gone to the extreme level of outright banning e-cigarettes, for all sorts of reasons. Some states, cities, counties, jurisdictions have done the same, or attempted to do the same. In the US at least, it seems rather unconstitutional to ban something that is not proven to be harmful, and that is able to be used within range of modifications. For example, perhaps not allowing e-cigarettes indoors seems reasonable, but still allowing outdoor usage, like traditional cigarettes, would be a  decent compromise to the problem. To outright ban vaping would be a major infraction upon the rights of those who are of legal smoking age, and are not subjecting others to their vapor.

E-Cigarette regulations continue to be a hot topic for discussion, and an arena where things are constantly changing. In the meantime, until things are set in stone, we certainly hope for the best possible outcomes in this industry! So far, the FDA has moved cautiously, aiming to appease all sides, and choosing not to make major decisions without definitive information. Vapers are not at all totally anti-regulation, and hopefully we will continue to see things moving in an open, safe, courteous, and justified direction!

Delivering the Goods with Home Delivery

So, How Do You Pick an E-Liquid Flavor?