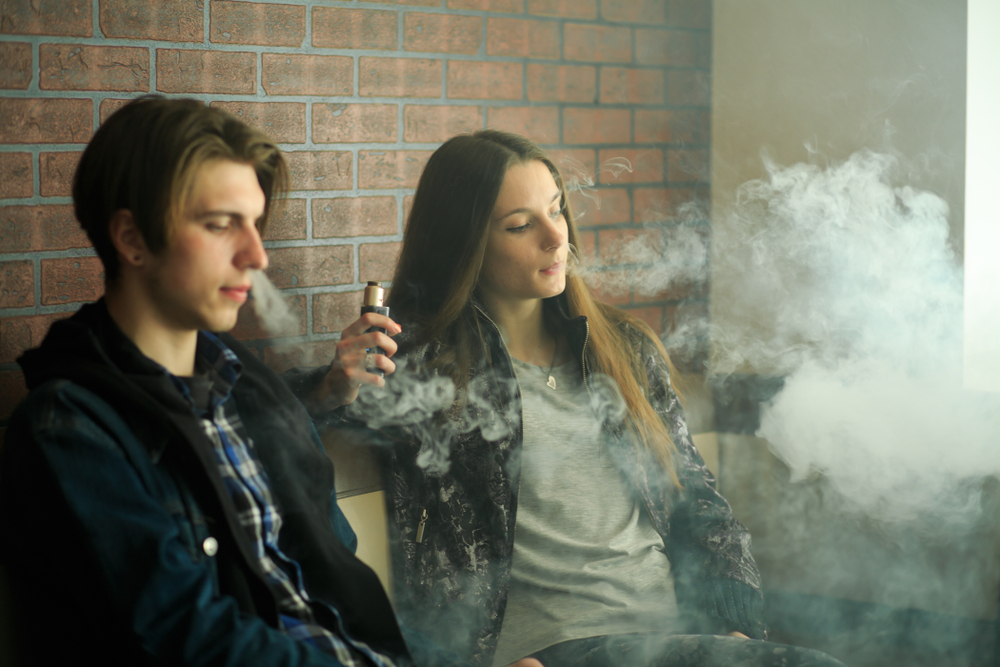 Teens and the Growing Use of Electronic Smoking Devices

For many people, electronic smoking devices are the key to transitioning away from harmful tobacco cigarette habit and successfully kicking a long-time habit. Despite the fact that the use of e-cigarettes, usually referred to as “vaping,” is intended only for adults, a growing number of teens (and pre-teens) have tried it for themselves.

According to the American Academy of Pediatrics, e-cigarettes have become the most popular type of nicotine product used among teens. While many teens of today correlate traditional tobacco cigarettes with a negative image, the same is not true for e-cigarettes. Now, at least 12 percent of high schoolers report using an e-cig within the last 30 days, with the youngest user being just 12 years old.

Why Do Teens Start Vaping?

Many teens try vaping due to peer pressure, a desire to fit in, or to experiment with something that’s typically reserved for adults – and often, a combination of all three.

Why are E-Cigarettes Unsafe for Teens?

While there is still considerable research to be done into the science of vaping, there are a few key findings that show it’s specifically unhealthful for teens. Because a teenager’s brain is still in the development stages, they are particularly susceptible to developing an addiction to nicotine – more so than adults. Many teens may not realize that a considerable variety of e-cigarette liquids contain nicotine.

In addition, sources show that kids that use e-cigarettes are more likely to transition to traditional tobacco cigarettes in the future, which puts them at significant risk of an array of health issues.

How to Tell if a Teen Is Using E-Cigarettes

Unlike the telltale smell of tobacco cigarettes, e-cigarette use generally leaves little to no trace. Avoid violating your teen’s trust by going through their belongings or bedroom, and instead, try to encourage open and honest communication. There are a few subtle warning signs you can watch for, such as increased thirst and avoidance of caffeinated drinks.

How Can Adults Respond to Teens Using E-Cigarettes?

A proactive approach is often the best option for dealing with teen vaping. Ideally, begin communicating openly with your teen, discussing e-cigarettes and vaping in a no-pressure environment. Start the conversation with open-ended questions such as “What are your thoughts about e-cigarettes?” or “Do you know anybody that vapes?”

If you believe your teen is using e-cigs, try to avoid making sweeping, overly general criticisms such as, “It’s bad for you.” Explain the specific risks of vaping, and highlight the idea that e-cigs contain nicotine and some of the risk of other kinds of tobacco use. Let them know that some e-liquid may be mislabeled, and they may be inhaling nicotine or even cannabis without intending to. Finally, remind them that vaping underage is illegal, just like smoking cigarettes.

Another option to consider is having your teen sit down with a family member that has struggled with a tobacco cigarette addiction. Or, ask your health care provider to have a one-on-one conversation with your teen.

At South Beach Smoke, we believe it’s important to do our part to prevent teen vaping. We may be a vape product retailer, but all our products are intended for adult use only. That’s why we implement age verification on our site and work hard to provide education and resources for deterring underage vaping.

If you’re interested in more information about v taping and what we’re doing to prevent teens from purchasing our vape products, contact South Beach Smokeoday.