The Stars and the E-Cig: A Love Story 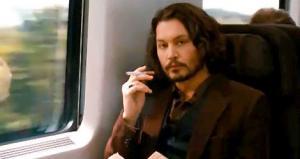 Celebrities and vaping have gone together since e-cigarettes became a thing. Obviously going after anything with a “cool-factor,” celebs are always on the cutting edge of trends and love being among the first to be seen doing something. E-cigarettes are no different, and for most people, they first became aware of these products because of celebrities making it clear they were fans, and using them proudly in the spotlight.

It makes perfect sense, really. Cigarette smoking and Hollywood have been entangled in an unshakeable love affair forever. It was a definitive part of old Hollywood glam for stars to be smoking, and now with stars trying to display the image of health (like everyone else), trendy e-cigarettes fit the part in a much more suitable manner. In Hollywood especially it has become difficult to be a tobacco smoker because the state of California holds some of the strictest smoking bans anywhere, and all of the common places you’d typically see stars lighting up their smokes, like movie sets, are now off limits.

And with the great surge in celebrity e-cig use over the years, it has become commonplace to see stars vaping in actual movies, instead of using traditional cigarettes. You know something has reached the big-time in that case! In the film The Tourist, Johnny Depp is seen vaping throughout the course of the movie. In real life as well, Depp has stated that he has switched to e-cigarettes from traditional as well.

Another star who has done the same is Leonardo DiCaprio, who tried vaping for the first time at the British Film Awards.

Kate Middleton, a former smoker, is reported to love the South Beach Smoke starter kit she was sent as a wedding present!

Charlie Sheen is a proud vaper, and loves the products so much he has started his own company.

Other stars who have gotten into vapor and haven’t looked back include Britney Spears, Danny Bonaduce, Paris Hilton, Katherine Heigl, Tom Petty, Nikki Reed, Ashley Greene, Jack Nicholson, Lindsay Lohan, and Robert Pattinson. And while it may be trendy, fashionable, and the cool thing to do at the moment, it’s evident that the stars of Hollywood know this is the future of smoking, and the best way to enjoy nicotine with the hassle of smoke!

What’s the Deal with Millennials?