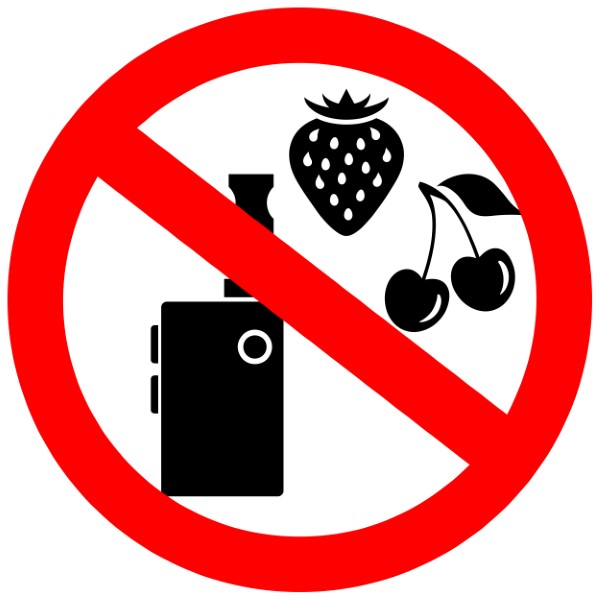 One of the factors that makes vaping so enjoyable for so many is the wide variety of flavors to choose from, offering up a virtually limitless range of possibilities when it comes to customizing your vape experience. From dessert-inspired flavors like chocolate cake and ice cream to eclectic flavor options like gummy candy, margarita, or caramel latte, there’s a quirky e-liquid flavor for just about anyone.

Most vapers say that trying new flavors is one of the most enjoyable aspects of their vaping hobby, and the innovative brands behind these blends are wasting no time in crafting creative new ways to make your vape your own.

However, concerns about underage vaping have led some health advocates to urge lawmakers to take drastic steps towards limiting the so-called “desirability” of vaping. For many in the anti-vaping community, the belief is that flavored e-liquids are to blame, drawing in underage vapers with an array of temptingly tasty options. In the minds of those against vaping, the solution is to rid the vape industry of flavored e-liquids altogether – a suggestion that’s put vapers (and vaping advocates) on the defense.

Whether you’re a newcomer to the vaping scene or have been enjoying vaping for quite some time, it’s likely that you’ve heard talk of the recent controversy surrounding the potential ban of flavored e-liquids. Odds are, you’re probably less than thrilled about the possibility of having to say goodbye to all your beloved flavors – but according to recent statements from President Donald Trump, you might not need to be so worried about that after all.

A Widespread Ban on Flavored E-Liquids: The Details

Just about everyone in the vaping community can agree with anti-vaping advocates on one thing: underage vaping is a problem that needs to be solved. About 1 in 9 high school seniors have admitted to vaping nicotine e-liquids, a number that’s been steadily climbing in recent years. Currently, reputable vaping retailers implement various methods for preventing underage shoppers from purchasing vape products, but teens are still finding ways to vape – so, what’s the solution?

While vaping advocates suggest enacting laws to better control the sale of vape products, as well as looking at ways to regulate overall nicotine content, those who are passionately against vaping argue that banning flavors is the only way to go.

Health groups and parent advocacy organizations, including the American Academy of Pediatrics, American Lung Association, Campaign for Tobacco-Free Kids and American Cancer Society Cancer Action Network, have urged the federal government to completely remove all flavored e-liquids from the market. In November of 2019, they released a joint statement that said, “Today, we reiterate our strong and united support for the Administration’s plan, announced in September, to clear the market of all flavored e-cigarettes including mint and menthol, and we urge the Administration to implement this plan without further delay and without weakening it.”

And until recently, it seemed that the Trump administration was going to implement an enforcement policy that would wipe flavored e-liquids from the market. In September of 2019, Health and Human Services Secretary Alex Azar stated that a plan was being drafted that would require “all flavored e-cigarettes other than tobacco flavor [would have] to be removed from the market.” The expectation was that by May of 2020, tobacco-flavored vape juice would have the option to file for FDA approval (with the possibility for other flavored as well), but that all flavors would remain unavailable for purchase until then.

If you were (or are) shocked and incredibly frustrated to hear about the proposed ban, you weren’t the only one – as it turned out, many vaping advocates and well-respected experts were all too ready to speak out against the idea.

While there were many industry experts and vaping activists that raised their voices in the debate of a flavored vape juice ban, one of the most notable to join in was Dr. Michael B. Siegel.

My message today is simple: H.R. 2339 has the potential to help curtail the youth vaping epidemic, but first, you must eliminate one subsection that, if enacted, will have severe, negative public health consequences… subsection (d) of Section 103 – which bans flavored electronic cigarettes… So why would a ban on flavored e-cigarettes create a public health disaster? It’s because it would create a new black market for flavored e-liquids. This is not the time to be playing around with prohibition.

Other experts pointed out that a flavor ban would not only eliminate jobs in the U.S. but could also discourage adult smokers from their attempts to make the switch. Thankfully, it now seems that the level-headed statements and testimonies provided by Dr. Siegel and other experts have made a positive impression on President Trump.

In late November of 2019, a meeting was held to further discuss the possibility of banning flavored e-liquids. With President Trump serving as a moderator, a wide variety of industry experts, medical professionals, anti-tobacco activists, and parents’ groups debated if removing flavored e-cigs was the solution to the problem of underage vaping.

After hearing the information presented, President Trump pointed out the interesting connection between the proposed flavor ban and the famously ineffective attempt to outlaw alcohol in the 1920s:

When you watch Prohibition, when you look at the alcohol, you look at cigarettes, you look at it all, if you don’t give it to them, it’s going to come here illegally. That’s the one problem I can’t seem to forget.

Although the President’s next steps are still to be determined, most vapers are much more optimistic in light of his seemingly insightful perspective on the topic.

For now, it seems like the future of flavored e-liquids might not be so dark after all – especially when you consider the apparently open-minded approach that President Trump appears to be taking. It’s difficult to know exactly what the future may hold for vapers that have a passion for flavored e-liquids, but for now, you can still enjoy a wide variety of exceptionally delicious options from South Beach Smoke.

We’re proud to stock our virtual shelves with only the very best e-liquids in the industry, hand-picking brands, and flavors that we know our customers will love. Our goal is to make it easy to find all your favorite juice blends in one place, saving you time, money, and serious shopping hassle. Here, you can browse top brands and products at unbeatable prices, once again making it fun to stock up on all your vape necessities. Plus, we’re keeping you in the loop on all things vape, welcoming new and existing customers alike to frequent our blog for vape tips, product reviews, and more.

For more information about the latest vaping news, including updated announcements about new vaping regulations, check back regularly with the South Beach Smoke blog.

Vape Juice Nicotine Levels - Which is Best for You?

How Do Electronic Cigarettes Work?

South Beach Smoke and Valentine’s Day: A Match Made in Heaven