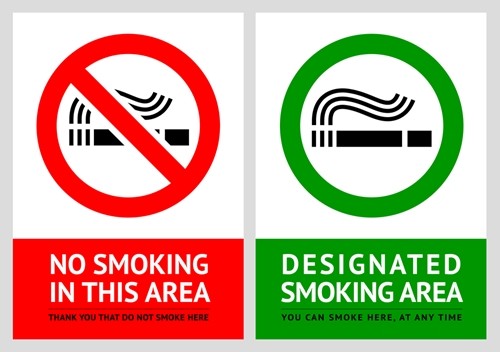 One of the best things about switching from traditional tobacco smokes to e-cigarettes is the freedom vaping gives you. E-cig use is permitted in many public places where tobacco is outlawed, making e-cigarettes the perfect alternative for smokers who are tired of typical smoking restrictions. However, while vaping is perfectly legal in many areas, it's important to understand that some states have different e-cig regulations than others.

Obey the rules
E-cigarettes are the next big thing, and with so many smokers embracing vaping, e-cig use is likely to remain a hot topic for some time to come. Although vaping is becoming increasingly popular, e-cigarettes haven't been around that long. In fact, most smokers hadn't even heard of e-cigarettes as recently as even a few years ago. The same can be said for public health officials and state legislatures. As a result, the rules governing where and when you can vape often vary widely from one state to another.

Some states, such as California, see vaping as analogous to smoking traditional tobacco cigarettes. As such, it's probably a good idea to obey existing smoking regulations, as vaping in a place where tobacco use is banned could land you in some hot water. Remember – if in doubt, stick to the rules. That means no vaping on public transportation, or in bars and restaurants.

Don't be afraid to ask
If you're heading out with your friends for a night on the town, you already know not to forget your South Beach Smoke e-cigarettes. However, before you start enjoying the crisp, refreshing vapor of your e-cig, make sure you're allowed to do so wherever you happen to be.

Many establishments, including popular nightclubs and high-end restaurants, simply don't know what to do about vaping, and may not have clearly defined policies regarding e-cigarette use. To make sure you're on the right side of the law, ask the proprietor of the club or bar you're visiting if it's OK for you and your friends to vape. This way, you'll avoid being asked to leave. After all, you wouldn't want to suffer the embarrassment of being thrown out of the club for vaping, right?

In many situations, vaping is perfectly legal, but don't fall afoul of the authorities by using your e-cigarette anywhere you shouldn't. Of course, don't forget to exercise a little common courtesy when vaping, even if you're in the clear, legally speaking.

PrevPreviousWhy switch to e-cigarettes?
NextCan you take your e-cigarettes with you on vacation?Next