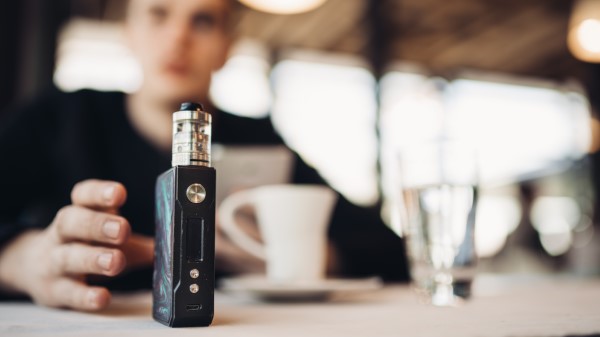 “Vaping Illnesses” Are Not from Vaping

Unless you’ve been living on a deserted, vape-friendly tropical island for the past few months – and if you are, can we join you? – you’ve probably heard the mainstream media reporting the terrifying stories of mysterious vape-induced illnesses. If you turn on any television or scrolled through any news feed from the end of summer through late fall, it was nearly impossible to escape the dramatic headlines about vaping illness.

Understandably, all the talk about this major potential blow to the industry had plenty of vapers seriously concerned, wondering if they were going to have to say goodbye to their beloved vaporizer for good.

Fortunately, the stories of vaping-related illnesses were more hype-induced hysteria and misinformation than they were fact. But much to the dismay of vaping advocates everywhere, the media didn’t report researchers’ eventual scientific findings with quite as much enthusiasm as they had used when they were trying to take down the vape industry.

In fact, many vapers have yet to hear that the mystery vaping illnesses we’ve been hearing about are not caused – we repeat, absolutely not caused – by regulated, reputable vaping products.

Surprised? You’re not alone – a considerable portion of the vaping community is still wondering if they are in the clear to continue enjoying products from the vape brands they know and trust. We’re here to make it easy to dig your way out of the media-induced frenzy and uncover the real truth behind the so-called vaping illnesses that took the world by storm in 2019.

What is “Vaping Illness”?

When vapers across America began arriving at hospitals in the summer of 2019 with a slew of mysterious lung-related issues, the condition was quickly labeled as e-cigarette or vaping, product use-associated lung injury (EVALI). EVALI was widely nicknamed “vaping illness” in the mainstream media, immediately pointing the finger at the entirety of the vape industry. Even though medical professionals had yet to determine whether the condition was actually caused by vaping itself, national news outlets were quick to report that vapers everywhere might be in serious danger.

According to the Center for Disease Control and Prevention (CDC), just over 2,500 cases of EVALI had been reported as of mid-December 2019. Patients arriving at hospitals and being diagnosed with the condition were exhibiting a variety of symptoms, including:

Some of the patients said that they noticed the onset of symptoms over a time span of a few days, while others said it was more like several weeks. However, despite some variations, there was one thing all patients had in common: they were relatively regular vapers.

When you consider that doctors were faced with a frightening outbreak of lung illnesses and even a handful of fatalities, it’s understandable that they went right to work attempting to find a common thread between the patients. By finding a connection, they hoped to be able to pinpoint the cause and halt the outbreak in its tracks. Unfortunately, this led to misinformation that vaping itself was to blame – but actually, it was something else completely unexpected that ended up being the true culprit.

Medical researchers and health professionals collected samples of bronchoalveolar lavage (BAL) fluid (lung fluid) from nearly 30 sick vapers in 10 different states, hoping that their analysis would reveal what was causing the outbreak. When CDC laboratories tested the various samples, they made a few important discoveries:

Once the research was concluded, the principal deputy director of the CDC, Dr. Anne Schuchat stated, “We have detected a potential toxin of concern. … These findings provide direct evidence of vitamin E acetate at the primary site of injury within the lungs.”

So, how did vitamin E acetate get into the lungs of the sick vapers? That was the next mystery that needed to be solved.

The Dangers of Unregulated Vaping Products

When the CDC and their researchers did a little more digging into the source of e-liquids with vitamin E acetate, they realized that many of the patients suffering from the “vaping illness” had admitted to purchasing THC-infused vape juices from a company called Dank Vapes. It was found that Dank Vapes, along with brands TKO, Smart Cart, and Rove, were producing counterfeit THC vaping products and selling them via unreputable online retailers and on the street.

It was these illegal vape products that contained the vitamin E acetate that was believed to be making so many vapers ill, leading to widespread FDA investigations, product removals, and other measures.

“Vaping Illnesses” Are Not from Vaping

With this new information in hand, the CDC issued recommendations for the public, especially aimed at those in the vaping community:

Vaping illness or not, staying away from unknown sources is always a smart idea when shopping for e-liquids and other vape products. This means that if you’re sticking with regulated vape products and e-liquids (like those sold at South Beach Smoke), you can continue to enjoy your regular vaping sessions without wondering whether they’ll lead to “vaping illness.”

Now that you can breathe a big sigh of relief – and inhale a tasty cloud of fluffy vapor – you can get back to stocking up on all your must-have vape necessities. Forget risking your vape experience and health with products from shady online retailers and unknown sources; when you shop with South Beach Smoke, you can be confident that you’re purchasing 100 percent authentic, verified vape products from brands you can trust. We’ve curated a diverse selection of the best e-liquids in the industry, choosing to only carry e-juice from brands that have a reputation for quality and integrity.

When you’re searching for the best vape juice on the market, you can find everything you’re looking for right here at South Beach Smoke. And when you want the latest vape industry news and breaking stories, we have you covered too.

Browse our current lineup of vape juice to find your newest favorites today!

How Do Electronic Cigarettes Work?

MTL (Mouth-to-Lung) vs. DL (Direct Lung): What are the Differences?

South Beach Smoke and Valentine’s Day: A Match Made in Heaven