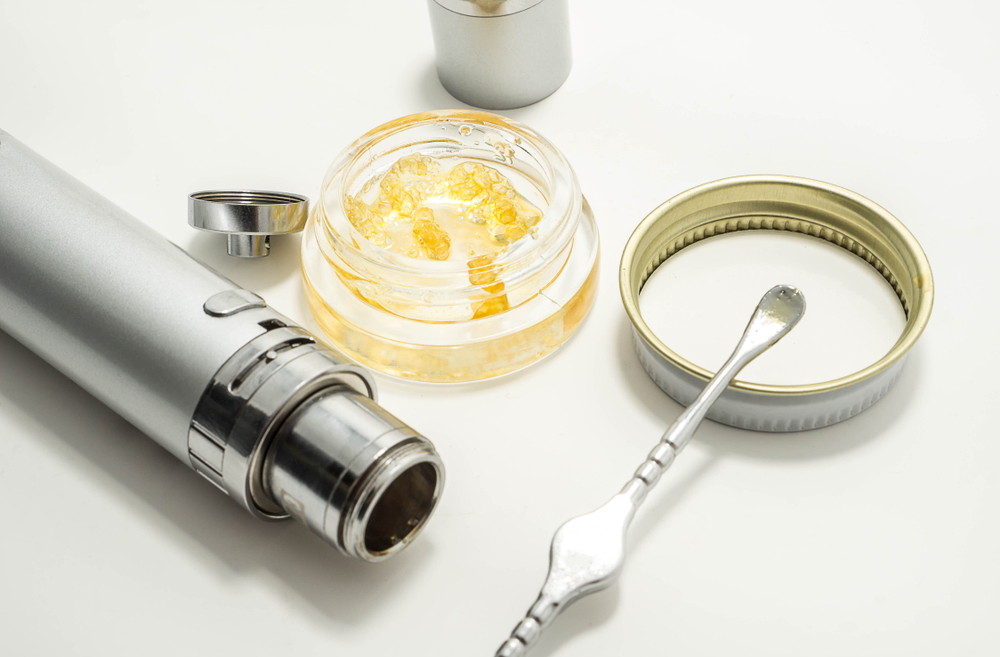 The marijuana plant – and the entire Cannabis plant genus – is host to a massive variety of active compounds, offering a mile-long list of all-natural molecules that each possess unique properties and possible uses. For most cannabis consumers, the combination of these numerous plant-based molecules is what drew them to marijuana as a viable option for a range of health concerns and conditions.

Most people are only familiar with the two most prevalent cannabinoids in the Cannabis plant family, THC, and CBD. THC is best known as a key active ingredient in marijuana and is typically associated with the intoxicating effects of marijuana products. Conversely, CBD has recently become popular as an alternative to THC, with consumers reporting little to no psychoactive effects after using CBD-only products. However, while CBD and THC may be the current stars on the Cannabis stage, there’s a new molecule taking the stage and garnering serious attention: THCA.

Few people are aware that while marijuana is known for its THC content, THC is not actually present in substantial quantities in live, raw cannabis plants. Instead, THC generally exists in its precursor form, as an acid referred to as THCA. THCA is specifically found in the live plant and its raw flower buds and does not produce any intoxicating effects.

As the cannabis plant dries or is heated, THCA naturally converts to THC through a process called decarboxylation. If you purchase raw cannabis and notice it labeled with THCA content, it’s important to understand that heating the plant (as through smoking or vaporizing) will catalyze the conversion process and result in THC.

What is the difference between CBD and THCA?

CBD and THCA are simply two different cannabinoids, both of which are found within the Cannabis plant genus. Despite being different molecules, THCA and CBD share many consumer-reported benefits and both are considered non-intoxicating.

What is the difference between THC vs. THCA?

THCA is essentially the precursor to THC, and both compounds share an almost identical chemic structure. However, because there are molecular differences between the two, the human brain experiences each in a different way. Unlike THC, THCA does not produce intoxicating effects, but still offers other consumer-reported benefits.

What are the consumer-reported benefits of THCA?

Consumers of THCA have reported a wide range of therapeutic benefits including a reduction in inflammation, pain relief, and neuroprotective properties. THCA has a long list of consumer-reported benefits that have made it a popular choice for those suffering from neurodegenerative diseases, chronic pain, inflammatory conditions, nausea, and appetite loss. Some patient anecdotes also report THCA being a helpful treatment option for insomnia and muscle spasms.

Because THCA is a compound specifically present in the marijuana plant, its legally regulated in the same way that cannabis is. You can purchase raw cannabis (which contains THCA) according to your state laws, with some states allowing cannabis to be sold to the general public while others restrict it to those with doctor-issued approval. There are some states that have not yet legalized any form of cannabis, medicinal or otherwise, making it illegal for anyone to purchase. To find out if you can legally purchase THCA-rich cannabis, you’ll need to research the laws in your state.

Still, have questions about THCA and other cannabis topics? South Beach Smoke is happy to help, and we’re always here to answer your questions. Contact our friendly team for more information about how to incorporate THCA into your daily routine.

Can I Board a Plane with CBD Products?

What is CBDa and How is it Different from General CBD?